Clinton Symphony Orchestra has joined a consortium of other orchestras around the country to commission a suite of music by Jennifer Higdon from her award-winning opera Cold Mountain. The suite uses dramatic themes highlighting the emotional throes of love, war, and the journey of a Confederate soldier making his way back home to Cold Mountain. The program will also feature a Rhapsody for Violin and Strings by American composer David Stern and the glorious Symphony No. 1 by Johannes Brahms.

Season Tickets and individual concert tickets are available at the door, or avoid the wait at the concert and order them for Will Call here on our website.

The German pianist and composer Johannes Brahms, permanently enshrined as one of the “Three B’s” (Bach, Beethoven and Brahms), mastered nearly every type of classical music in his lifetime; 4 great symphonies, chamber music, fine music for piano, choral compositions and over 200 songs. “This is the chosen one,” Robert Schumann wrote to introduce Brahms to the public, beginning a career as the last great successor of musical Classicism.

Growing up in Hamburg, Germany, Brahms learned piano by 8, improvised a piano sonata at 11, and made his public concert debut at 14 conducting a choir. Johannes was even able to supplement his family’s income by playing piano in inns in the rough dock area. In 1850 he met and gave concerts with Eduard Remenyi, a Hungarian violinist who introduced him to one of his strongest influences, Roma music.  His first break came in 1853 when he met violin virtuoso Joseph Joachim who recognized his talent and recommended him to Robert Schumann. A friendship ensued and Brahms’ reputation spread via Schumann’s enthusiastic support.

From 1857 to 1860, posts teaching piano and conducting gave him time to compose 2 serenades, a string sextet and his turbulent Piano Concerto No.1. He eventually settled in Vienna by 1863 directing a choral society. As his reputation grew, so did rivalry between his supporters and those of the new Romantic school such as Wagner and Buckner who found him too old-fashioned, but by 1872 he was directing the Vienna Philharmonic. His composing skills flourished during this period, including his most famous choral work, hisGerman Requiem, based on the Bible story of Good Friday. This is still seen today as one of the most significant works of 19th century choral music. Lighter works from this period included his Hungarian Dances for piano duet, a brilliant arrangement of Roma tunes which enjoyed phenomenal success. He also published his Liebeslieder (love songs) for vocal quartet, using Viennese dance tunes with sparkling humor.

By the 1870s he was moving to purely orchestral works, including Variations on a Theme by Haydn which gave him confidence to continue work on his tempestuous 1st Symphony which was finally completed in 1876. His 2nd Symphony followed in a more serene, idyllic mood. Six years later he finished his 3rd Symphony which begins calmly, but ends in a gigantic conflict of elemental forces. His Symphony No. 4 was inspired by Sophocles’ Greek tragedies, and he took a simple theme of a Bach Cantata and spun it into 30 intricate variations.

His fame spread and he toured to great acclaim all over Europe. He composed his Academic Festival Overture in 1881 as a thank you to Poland. Brahms never married, and some blamed his “immense reserve” on an inability to express emotion except through his music. Brahms dedicated his later years to composing and died in Vienna.

Brahms began his 1st Symphony in 1854, but it was not premiered for 22 years after numerous severe edits. A work of heroic pathos, his orchestral works display highly distinctive use of tone color in his use of woodwinds and brass instruments. Although a traditionalist in his reverence for the subtlety of Haydn, Mozart and Beethoven, his music complemented and counteracted the rapid growth of Romantic individualism which often lacked structure. His compositional style is in developing variations, a combination of profound, emotional feeling combined with eloquent restraint.

His first movement with the persistent pounding of tympani and a long, dramatic single bass, is one of the more exciting introductions of any symphony. The opening promises a moody, portentous work punctuated with short thematic fragments. The second movement, a tender, wistful Andante Sostenuto, contrasts with a series of dialogues among sections of the orchestra, concluding with a duet between solo violin and horn. The third movement begins with a long, melancholy violin before the song- like Allegretto relaxes into easy, lilting themes for strings and woodwinds.  A long introduction signals the fourth movement with a strong, mournful horn, becoming more agitated leading to a majestic theme. A lovely, dark melody in the darkest strings transforms and embellishes, concluding with a loud brass utterance of the chorale first introduced softly by the trombones at the beginning and ending the work with an overwhelming statement of joy, power, and triumph. 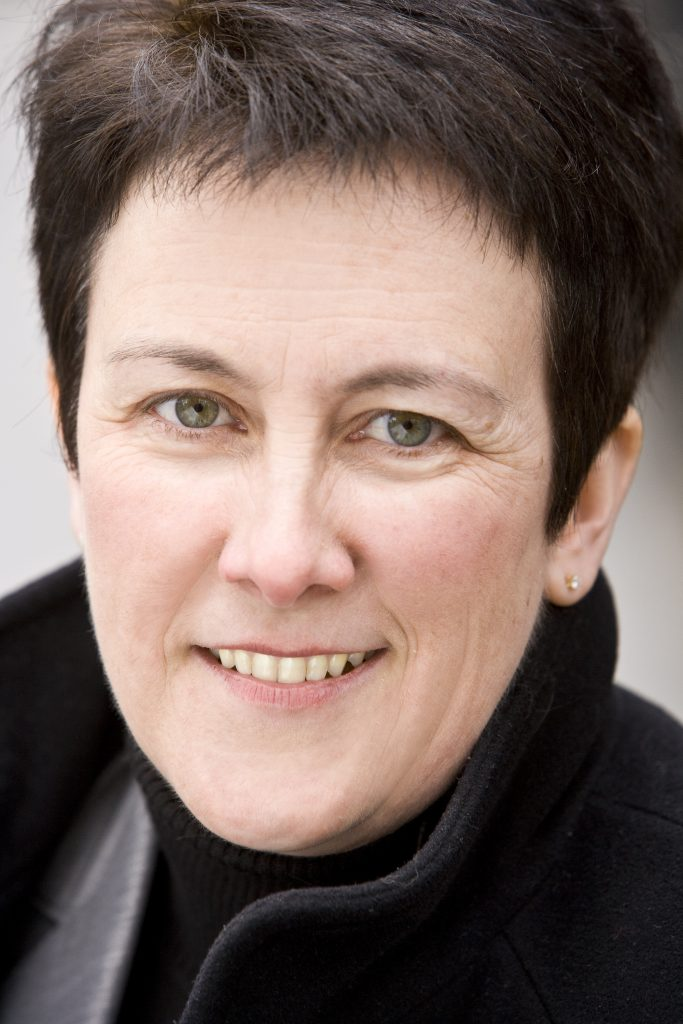 Born in 1962 in Brooklyn, New York, Jennifer taught herself to play flute at the age of 15 and began formal musical studies at 18. Later, she began studies in composition at 21. She received a Bachelor’s Degree in music from Bowling Green State University, an Artist Diploma from The Curtis Institute of Music, and an M.A. and Ph.D from the University of Pennsylvania.  She received the prestigious Nemmers Prize from Northwestern University in 2018, awarded to contemporary classical composers of exceptional achievement who have significantly influenced the field of composition.

Higdon enjoys several hundred performances a year of her works; her Blue Cathedral is today’s most performed contemporary orchestral work, with more than 600 performances worldwide. She has been a featured composer at many festivals including Aspen, Tanglewood, and Vail, and has served as composer-in-residence with several orchestras including the Pittsburgh Symphony Orchestra, the Philadelphia Orchestra and the Fort Worth Symphony. She was honored to serve as the Creative Director of the Boundless Series for the Cincinnati Symphony as well as the prestigious Barr Laureate Scholar at the University of Missouri.

Based on Charles Frazier’s National Book award-winning novel, Jennifer Higdon’s opera Cold Mountain was a hit that sold out performances across the country, garnering 2 Grammy nominations, and winning the International Opera Award for best new opera, the first American opera to do so in the award’s history. A consortium including Clinton Symphony commissioned her to compose a suite using dramatic musical themes from the opera to highlight the emotional throes of love, war, and the journey of a soldier making his way back home to Cold Mountain.  Premiere performance of the suite is scheduled for Delaware on September 23. Clinton Symphony’s performance will be the second.

The composer writes: “While creating this suite, it was a wonderful challenge to determine which music to feature in order to create a dynamic and engaging orchestral work. Because Cold Mountain is about love, war and death (imagine that in an opera!) there was a lot of dramatic music from which to pick. I chose various arias, duets and quintets, with the idea that they would be arranged not in story order, but in a manner to create the greatest contrast for the listener.

“ The beginning and end of the suite come from the opening of Act 2 and the closing of Act 1– purely for its style of ramping up. It then quickly moves into the Storm Music; followed by the quintet I Should be Crying; the duet Orion (which I calculated would need two weeks to write, but in an amazing fit of inspiration, came to me in one day. — the very thing creative types dream about); the fiddling duet Bless You Ruby; Ada’s contemplative aria, I Feel Sorry For You; then music from the scene where Inman and Ada finally get together after 4 years of his being away at war; and finally to the music that ends Act 1 to close out the suite.

“After taking 28 months to write this opera, and having lived with the characters so deeply in my heart and soul, it is truly a privilege to share this music with you. Thank you for joining us on this journey through Cold Mountain.”  -Jennifer Higdon

Known for his extensive range of repertoire, Stern championed eclectic works such as Simone Mayr’s Medea, Berg’s Wozzeck and Britten’s Turn of the Screw as music director of the Israel and St. Gallen Opera houses. He has also premiered four new operas since 2010; Gil Shochat’s A Child Dreams, Nicolas Bacri’s Cosi Fanciulli, Ben Moore’s Enemies, A Love Story, and Jan Sandstrom’s The Rococo Machine. He has also collaborated with many international stage directors creating iconic settings received with acclaim.

Committed to developing young voices, he created Opera Fuoco as a platform for young professional singers in France, producing concertante and staged projects both nationally and internationally. He works regularly with the Young Artists Program in Palm Beach

Stern is a frequent guest conductor around the globe.from Hong Kong, Shanghai and Russia to Sweden, Boston, Vienna and Denmark. Our own maestro Brian Dollinger has premiered Stern’s beautiful Rhapsody for Violin and Strings with the Muscatine Symphony. Dollinger states, “I have had the honor and pleasure of not only performing a number of his compositions, but have also given a number of premieres for his works. His music has always reached inside listeners in such personal ways with profound impact.”